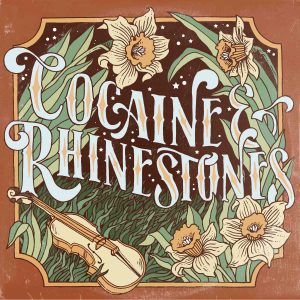 But I’m not gonna pretend like I have southern accent or talk to you about pickup trucks and chewing tobacco. This is about the truth. You don’t have to know what it’s like to drive a tractor. You don’t need to have spent the last 20 years listening to nothing but Merle Haggard 8 tracks while sipping Pearl beer from a can in order to appreciate these incredible stories and this genius music. You don’t need to “be” country to perform country, so you certainly don’t have to be country to enjoy it. The truth is that country music is wild and it is amazing because the people who made it were wild and they were amazing. Sometimes they went too far. Sometimes, the amazement we feel will not be the happy kind. You can say the same thing about any other genre of music. I’m here to say it (mostly) about country music and country musicians. The reason for that is simple: I don’t see anyone else saying it and I’m pretentious enough to start talking.

I didn’t want to make this podcast. The realization that I was going to have to do it was not comfortable. To say the least, it’s a daunting task and I’ve never done anything like it before. But I couldn’t sleep at night. If I didn’t make Cocaine & Rhinestones, it was never going to exist and I couldn’t bear the thought of that. Stressing out over it may seem ridiculous, I’m aware. It’s a podcast, who cares? But history matters. It’s composed of stories and podcasts are the way we tell stories to each other now. Imagine if an entire genre of music was allowed to go out of print when we made the transition from vinyl to CD. That’s what I saw happening with the lore of country music. Most of what I’m talking about on Cocaine & Rhinestones has been written down in books but nobody’s reading those books. Many of them have never even been converted to digital format. This history wasn’t being passed on to a new generation. It was going extinct.

So, short version: it had to happen, nobody else was going to do it and I knew I had to at least try. Now that I’ve seen the reception to the first season of the podcast, I’m prepared to keep trying (and trying to improve) for as long as it takes to complete the work. If that means I spend the rest of my life making this podcast, that’s what it means. If you’d like to help me do that, you can support the podcast through Patreon, which has the added bonus of monthly behind-the-scenes updates regarding the creation of the show. Anyone who’d like to make a one-time “donation” rather than signing up for monthly support may do so through Patreon, canceling their “subscription” after being charged, or by purchasing books from this Amazon wishlist. These are all books that I will need to read for the podcast at some point. Simply add your selections to the shopping cart and check out as you normally would to have Amazon send the books and they’ll be removed from the list so no repeats are sent. 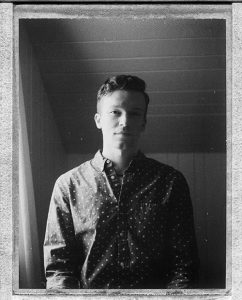 Tyler Mahan Coe is the host, writer and producer of the podcast Cocaine & Rhinestones: The History of Country Music. Though it remains an independent, one-man operation, within a year of debut the program’s first season rose from country fan favorite to international phenomenon. Assisted by glowing reviews in such mainstream media outlets as The New Yorker and The Guardian, Cocaine & Rhinestones soon became the #1 Music podcast on Apple’s charts in the US and UK simultaneously. After several years of research and writing, Tyler returned with the podcast’s second season: a 30+ hour epic covering “the greatest country singer ever,” George Jones. No ordinary biography, the narrative takes several centuries’ worth of detours through the histories and cultures of such topics as moonshine liquor, Spanish bullfighting, chivalric knighthood, Machiavellian politics, soap opera and the Protestant Reformation, subtly insinuating the ways these events created the American 20th Century, the stage which played host to the dramatic lives and careers of George Jones and his once-wife Tammy Wynette. This idiosyncratic approach brought extensive and favorable coverage from GQ, The Washington Post, The L.A. Times, Fortune and others.
Many would say Tyler is uniquely positioned to tell these stories, having spent a lifetime in and around the country music industry. Born the son of controversial country artist David Allan Coe, Tyler was made a performer in his father’s act at the age of 3 in the late 1980s, then later worked for thirteen years as touring guitarist and bandleader of the DAC Band, frequently interacting with most of the legendary figures now discussed on Cocaine & Rhinestones. However, the program does not exclusively rely upon these years of immersion in the field, instead prioritization a synthesis of all available sources with original research in order to separate the facts from the sensationalized mythology, exploitative gossip and biased reporting which have plagued the published history of this genre. The aim is to strike a happy medium between education and entertainment, never sacrificing one for the sake of the other. According to Country Music Hall of Fame and Museum CEO, Kyle Young, “[Tyler] is both a storyteller and a tenacious reporter, and he cuts through myth and hype in order to find truth and beauty and danger and other things that are at the heart of this music. He doesn’t glad-hand or favor trade. He’s after the real deal and won’t stop until he lands on it, until he conveys it to all of us in ways that haven’t been approached in the past. His show’s enormous success is proof that country music’s characters and history have relevance today […]”

What the Hell Is a Podcast?

It’s like a radio show that you can listen to whenever you want. You can pause it and come back to it later. You can rewind it if you missed something or fast forward if there’s something you don’t want to hear.

Most people listen to podcasts on their mobile device, using the Podcasts app on Apple products or apps like CastBox on Android. Get an app, open it up, search for Cocaine & Rhinestones and subscribe. Some apps will download episodes to your device as they are released. If you don’t have a lot of storage space on your device, you may want to shut this off and “stream” the episodes instead. (This will require a good mobile or Wi-Fi connection.) If you do download the episodes, you can listen to them anytime, anywhere.

You can also listen to Cocaine & Rhinestones on a computer or any other audio setup capable of playing mp3 files. That’s all an episode of the podcast is: an mp3 file. You can listen in iTunes or straight from the audio player at the top of every episode’s blog post on this website. You can download the mp3 file from a link in that audio player and listen to it however you listen to mp3s. You’ll also find a full text transcript of every episode in that blog post, in case you prefer reading the story.

And, if none of this is making any sense to you, just find a person under 30 years of age to help you get started.

Before I get to the contact info, please understand that I will never listen to your demo or check out the artist you’re working with or anything like that. My podcast does not have guests on it. I do not talk about anyone who wasn’t impacting country music before the year 2001 and I do not conduct interviews with the subjects of my episodes while in production.

I’d also ask that you not email me to ask if or when I’m going to do an episode on any particular person or subject. My decisions on that front will never be based on what people want to hear and I don’t take requests. This is discussed more in the Season 1 Q&A episode which is linked below.

Note: I have no control over any technical issues you may be experiencing with the podcast on whatever service you are using to listen to it. What I do is make the show, put it in .mp3 form and send it out to all the various services. After that, it’s out of my control. If you’re having a problem listening to an episode, you find that episode’s blog post on this website and listen directly from the embedded player or download the .mp3 for listening in whatever app you use to play music files.

If you have a question about the podcast (in general or the content of a specific episode), you can use this email address to get an answer, if I have one. (Again, please, do not message me to ask if/when I’m doing an episode on a person or topic. These types of messages will not get a response.) Full disclosure, checking this email address is not a priority for me at this time. There was a bonus Q&A episode answering all the questions sent in during the run of the first season, so that’s done. Right now, working on the second season of the podcast is the most important thing.

If you work in the media (that means you, too, fellow podcasters) and would like my input on a project or would like to have a conversation regarding any aspect of Cocaine & Rhinestones or country music, please contact me here for that. If you want to set up an in-person thing, I’m in Nashville.